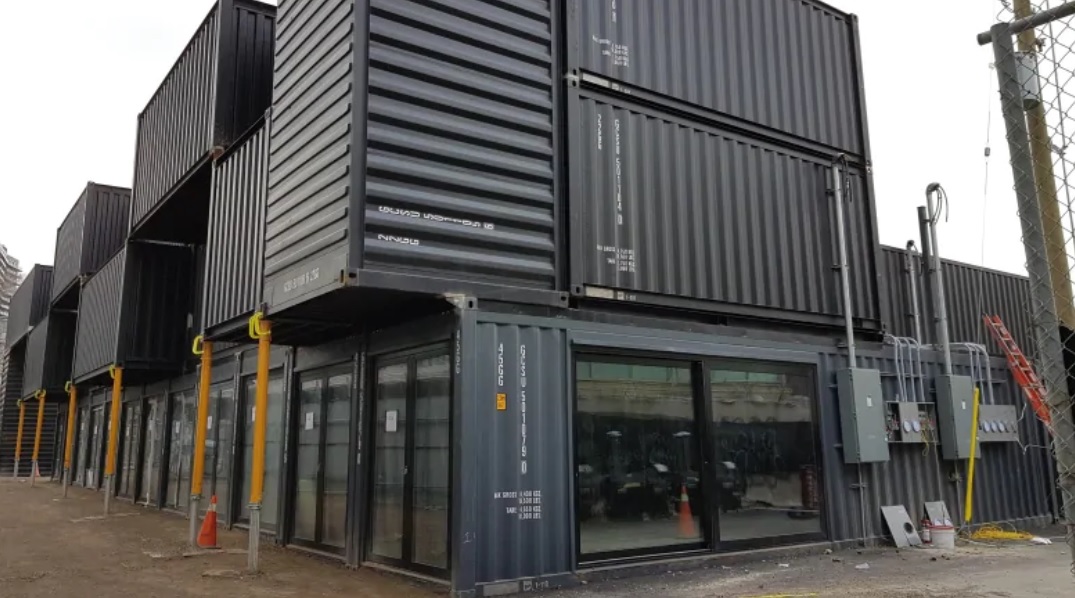 A 2.6-acre plot of city-owned land that has been vacant for years in 28 Bathurst Street is being transformed into a vibrant marketplace with restaurants, bars and shops, all of which will be built entirely from shipping containers.

The company overseeing this project is called Stackt. They have got approximately 100 containers on site. As per the company these shipping containers will house about 30 different businesses.

The size of the spaces will vary, ranging from 140 square feet to 1,800 square feet. In some cases two businesses will operate out of one container. They can also connect multiple containers together, by removing some of the walls, to create much bigger spaces.

In the contract with Stackt, the city mandated that 15 per cent of the spaces would be set aside for social community enterprises. Among them will be a vertical farm and a greenhouse.

This stacked container market will only be around for a limited time. The idea is a temporary fix for the property, which has been designated to become a park.

Stackt has a two-year lease on the land, at the end of which there’s a good possibility they will have to tear the market down.

These shipping containers are a modular construction type and can be easily moved. There is no firm date planned for the opening of the market, but as per Rubinoff the founder of Stackt it would be ready by late March or early April.

Subodh Sharma (Broker of Record), is the owner of Skill Realty Inc., Brokerage. Her professional background includes over 14 Years in Buying, Selling and Management. Committed to get you the best deal with her professional experience and help people buy and sell the property.