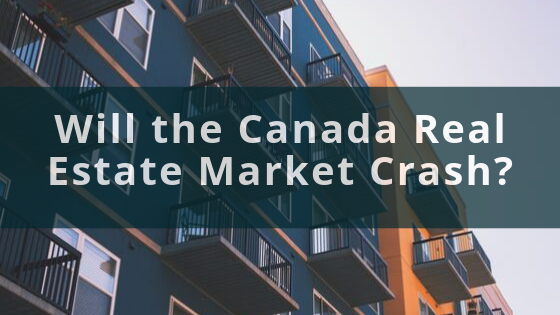 Recently, due to the irregularities on the pricing and strict policies, the Canada real estate market is predicted to crash in 2019-2020. Is it inevitable? How the market performed in the last decade? Let’s see all the factors attributed to the predicted collapse in this post.

We all remember the great recession of 2008-2009 which crashed the housing market of the U.S and Europe. Fortunately, Canada was not affected by the recession, at least the housing market didn’t but the alarming concern is, the house prices are continuously escalating for the past 16 years.

The reason for this increase in pricing is said to be the foreign investment and speculative activity among the major cities in Canada which increased the demand for real estate.

The government did take measures to control this price escalation in a natural way.  A foreign investment tax and speculation tax were levied. The first time home buyer incentive is introduced which will help in bringing down the housing prices. There are rent controls and stress tests to regulate the renting of real estate.

These measures did show some positive signs. According to the Teranet-National Bank House Price Index, house prices in Greater Vancouver are declining for the 10th month in a row. The index is down 5.0% from the peak in July 2018, the sharpest 10-month decline since July 2009. In Toronto, house prices did increase by 2.6% when compared month on month but remained 3.4% down from the peak in July 2017. Despite minor ups and downs, the index has been essentially flat since July 2018.

Currently, the Canada real estate market is said to be in uncharted territory. In April 2019, a report by the Bank of Canada stated that with increases in household debt, stagnant wages, and expected rise in interest rates, a snap-back may be inevitable.

“While economic and demographic fundamentals remain supportive for housing demand in many parts of the country, policy headwinds together with rising interest rates are limiting access to mortgage financing and negatively impacting home-buyer sentiment,” said CREA.

Though all the above-said factors point towards a real estate market crash, the recent quarterly forecast by CREA shows some positive predictions.

There is a decline in mortgage rates and the B-20 mortgage stress-test has marginally declined the mortgage rate. National home sales are now projected to recover to 482,000 units in 2019, representing a 5% increase from the five-year low recorded in 2018. While this is an upward revision of 19,000 transactions compared to CREA’s previous forecast (85% of which is due to upgraded British Columbia and Ontario forecasts), it represents a return of activity to its 10-year annual average. It also remains well below the annual record set in 2016, when almost 540,000 homes traded hands. Notwithstanding the upward revision, the forecast for 2019 on a per capita basis remains the second weakest since 2001. Sales are forecast to continue to improve through 2020, albeit slowly. National home sales are forecast to rise by 7.5% to 518,100 units next year. 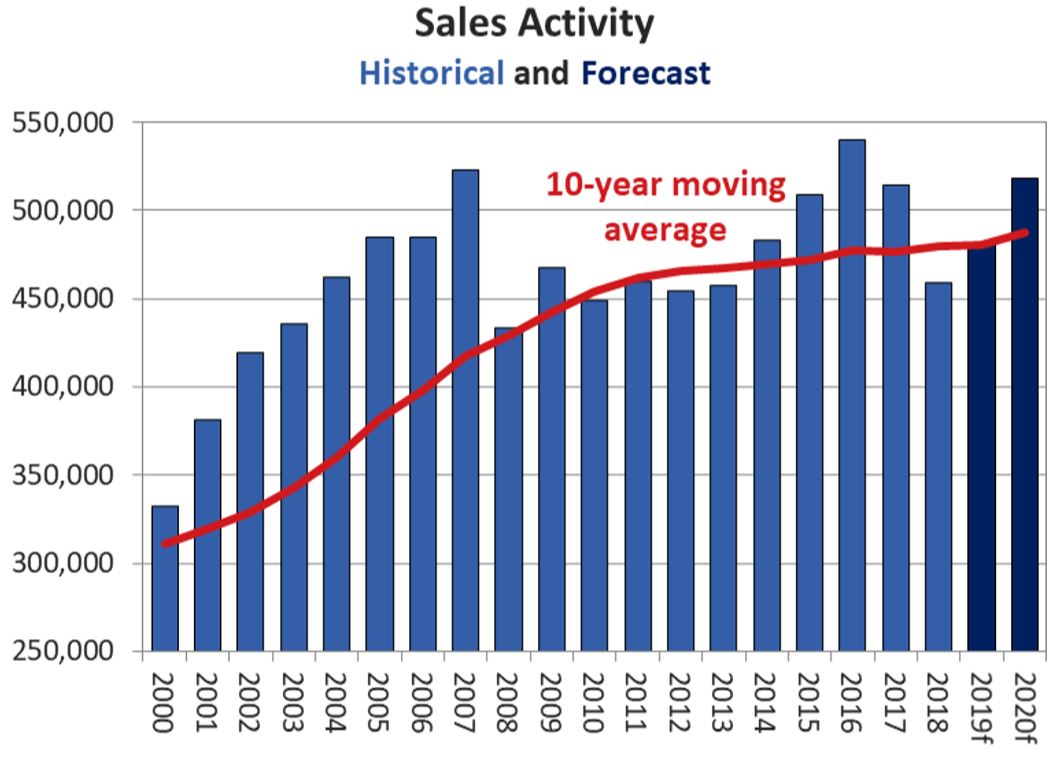 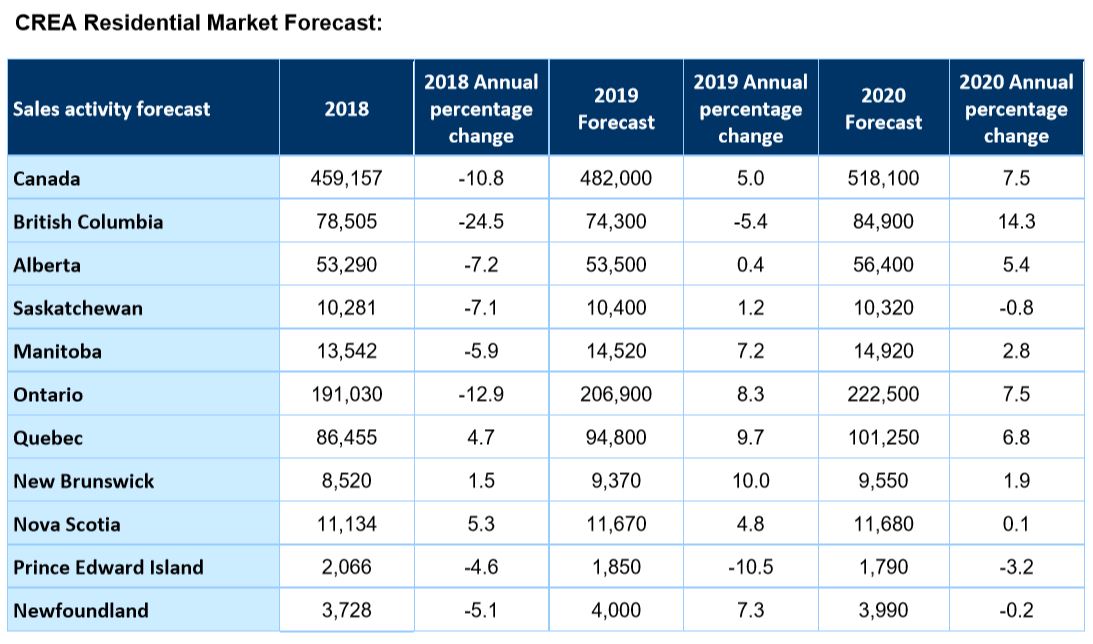 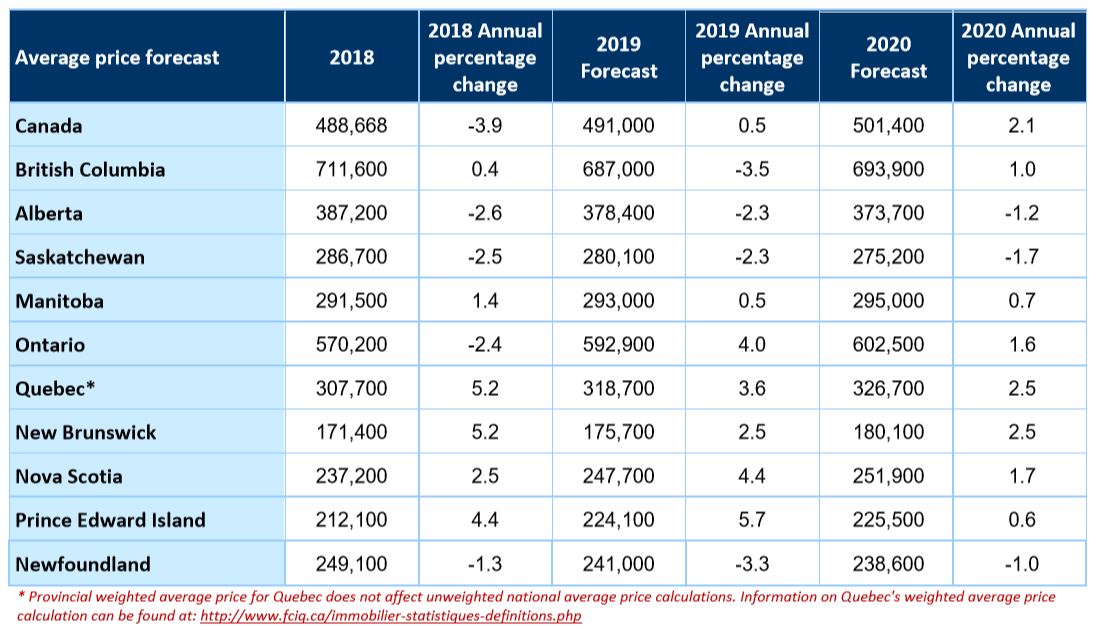 By the look of the quarterly forecast by CREA, the Canada real estate market seems to be safe as of now. Let’s wait and see what the future beholds.

Happy May everyone I hope you’re all enjoying the beautiful weather we’re finally having here in the greater toronto area and today we’ve got a great news as the toronto real estate board has just...
Read more
April 19, 2021

Buying real-estate is not only the best way, but the safest way to beat inflation and secure the future though it’s a complex process. Stats will save you from falling for the wrong or overrated...
Read more
March 9, 2021

In any market, in any country, there are people who make money. People want home and need a good yielding investment opportunity for their hard earned money and real-estate is an evergreen and a bright...
Read more
February 12, 2021

Profitable february! Finally lockdown in toronto will be lifted very soon and being in a healthy market that favours both buyer and seller is great. Sometimes small signs that we fail to notice would make...
Read more